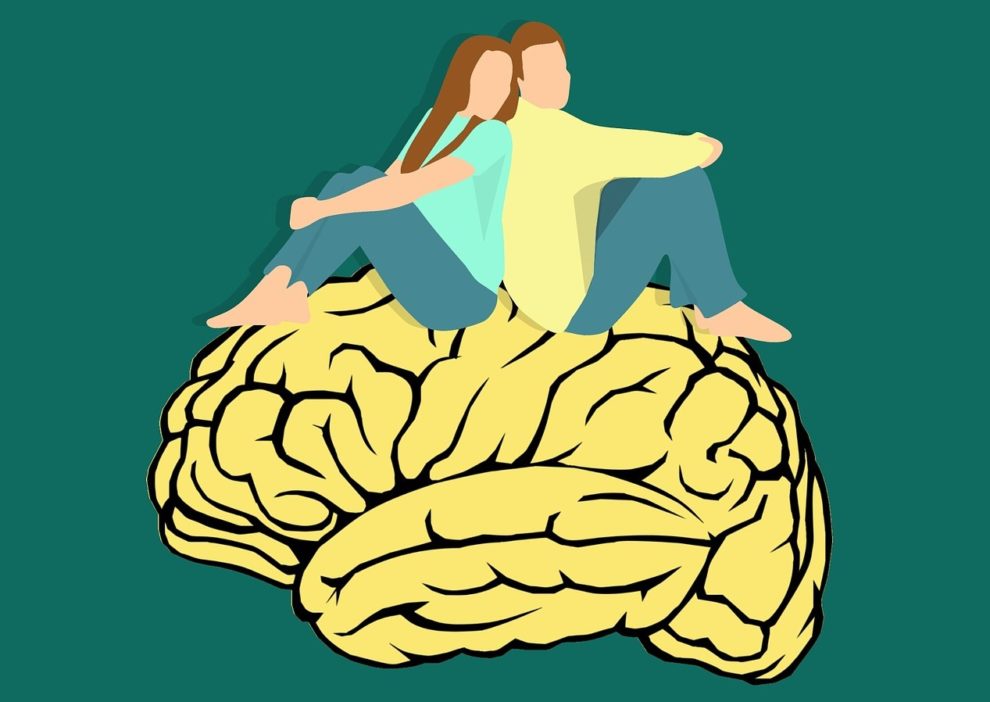 When we speak of problems inside a relation of couple is very usual that many of them are related with a bad management of the expectations or bad cognitive interpretation of determinate situations. This gives place to false attributions or assessments of the behaviours of one and another member of the couple that generates problems of recurrent couple.

These personal beliefs can be created prior to the relation of current couple, already was during the infancy, adolescence or as a result of other relations already are of friendship or of couple, or during the own current relation. These irrational beliefs or false beliefs that have formed  can create conflictive situations and blockades that give place to the failure in a present or future relation.

>> Article related: triangular Theory of the love: the secrets to be a happy couple

Therefore, it is important to learn to identify these beliefs or relative cognitive biases to the relations of couple to improve our behaviour and restructure the relative thought to the same. In a lot of cases will need of the help of a professional psychologist that orient them on the way of the restructuring through the advice or the therapy of couple.

They exist three big blocks of cognitive appearances to consider: beliefs or cognitive biases, expectations and attributions (Beese and Stratton, 2004).

False beliefs in the relations of couple

The cognitive biases or beliefs go to determine largely the way to develop a relation since the form to think intern and independent of the another person will do us doubt or no of the another person in function of determinate situations. These unsuitable beliefs will generate behaviours and negative thoughts with regard to what would have to base a relation of confidence in couple. Some of these behaviours can give place to irrational jealousies, desmotivación, apathy or even lacking of sexual wish among others.

10 cognitive biases in the relation of couple (with examples)

Unreal expectations: the perfect couple that does not exist

The people tend to have an idea or thought on what a couple has to contribute us, what a couple has to offer us and the needs that would have to cover us so that it satisfy chord to our thoughts and ideal. Generally these expectations create  and through the comparison of the real current couple with the representation of the ideal couple, that besides sees  skewed with the comparison with other previous couples or couples of friendships or referents that can have .

This internal analysis of the person goes to make of constant way an evaluation and reevaluación of the gratification of current state of couple and repercutirá, already was because it is to a positive side or a negative side of his ideal representation, in the behaviours and relative thoughts to the couple.

When they exist some excessive expectations and do not satisfy  some desirable minima begin  to desvalorar or minimise the gratifications that receive  of the another couple. When it has compared  under other unreal ideals that were not competition of the current couple blaming it of unfair way of not being able to satisfy the personal needs.

The false idealisation of the couple

This no compensated idealisation creates some no fulfilled expectations by an individual personal belief extraneous to the one of the another person. This occasions behaviours derived of this frustration such as enfados, hostility or avoidances. This will reduce paulatinamente the motivation for developing positive behaviours inside the couple like only and personal. The relations are different ones of other and has to  to assume, know and build through them in group to identify properly cuales are the real qualities of the couple, know it better and keep a reciprocity and balance between both. This does not want to say that one have to give more or less, but each member of the couple will give until where was able to give in relation to his form to be and personality and the another will have to know it and value it in function of this own personality.

The problem arises when the person that does by and for another person does not receive what his expectations wish. The correct is to do and give what one wishes without having reason think in receiving that that the constructo unreal of ideal couple has formed  because the current couple does not have reason be with the ideal.

The fact to comport  chord to the personal needs or gratify to the another person without expecting at all in return yes is positive as long as both people enjoy of this behaviour although the one of one of them was not exactly the expected. For example, a gift is a gift  although one give more than the another. Give for expecting that the another person give him the same or alike would be to create a false expectation and possible frustration if it does not attain the same level of gift. The type of reciprocity in the exchanges that keeps to the couple does not have to be equal for one that for the another and at the same time keep the couple in balance equally.

The attributions of causality can modify the meaning of a determinate behaviour . The events are used to to give with some independence by what what each member of the couple attributes him to this situation can be very different. This can ocasionar tensions and repercutir in the emotional climate of the couple.

The attributions no always are equally rational because they go to depend of the emotional state of each person by what the information can be perceived of slanted way.

>> Article related: Theory of the prospección of Kahneman: the emotional weight of our decisions

Theory atribucional of Kelly applied to the relation of couple

Three appearances are of which goes to depend the interpretation of an event and his emotional and cognitive repercussion:

What do the healthy couples?

Usually, a stable couple and that considers  in a better emotional balance is used to to make external and situational attributions to a negative situation. For example: today it does not want that we go to the cinema because it has had a lot of problems in the work.

On the other hand, these healthier couples are used to to make internal and stable attributions to the positive events. For example: it has done me a gift because it has agreed  of me, wants me a lot.

The couples that suffer greater conflicts are used to to be those that attribute a situation to a global assessment, intern and stable being more complicated to change this type of situations since this type of thoughts are used to to be vicious and in loop. They generate  more situations of externalización of the fault and responsibilities of the extraneous problem to one same.

The cognitive variables only are some of which influence in a good dynamics of couple and are the most difficult to reorient and recognise when treating  of something so personal and rooting in our individual mental beliefs. Besides, we have to take into account another type of variable as they are the affective-emotional and the variables of communication that conform between both big part of the angular stone of a good relation of couple.

The most important step is to recognise the problem and take autoconciencia of the same, no longer only to fix the problem of current couple but to improve our future relations and deprive them of emotional and cognitive unrests to a relation of healthy couple and reconfortante. The best help: acu

5 Phases of the scientific method.

How sport can help you find work