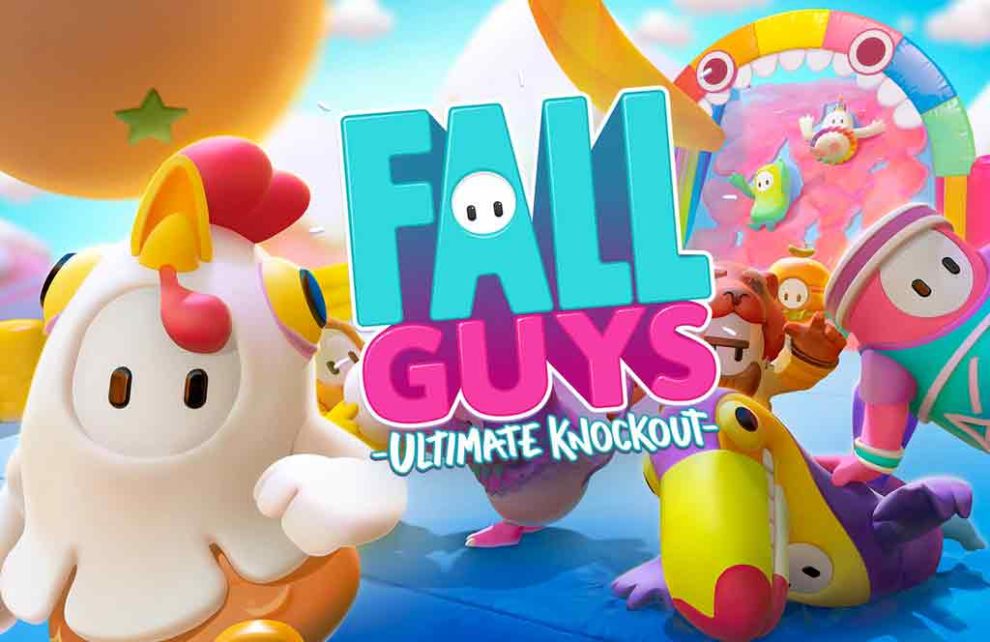 The game of the moment is definitely Fall Guys: Ultimate Knockout that is arrasando in all the platforms of video games and sticking to people of all the ages. The mechanics of the game attracts in such a way to his players that happen  hours and hours playing and practising to improve his results and follow surpassing phases and the psychology can explain it largely.

The game consists basically in guiding to some nice characters through different obstacles and proofs in front of 60 players, that in real time compete between himself or even collaborating to surpass determinate challenges in each phase of the game with the aim to arrive to the big final. His system of game and aims are very similar to the ones of famous programs of television like the legendary Yellow Humour or American Ninja Warrior that they do it very adictivo.

>> Article related: How they stick the games of mobile?

These small and funny characters ofpa tas short and that constantly are  falling, from here the name of the game, are conquering the homes of all the world. How they have achieved it? First of all  it is fulfilling a big function that is the one to amuse to the consumer of the game that is of what treats  and to enjoy of the time of alone leisure or accompanied.

10 psychological variables by which Fall Guys has so much success

After having played several games to the game go to try desgranar through the psychology of the human behaviour some of the factors that have contributed to that Fall Guys have been a success of sales for his creators, the company Give back Digital.

The marketing and the neuromarketing nourishes  constantly of psychological factors to achieve the so longed for engagement of his customers with his product, these is to achieve a loyalty with the product through diverse tools that have gone using from his presentation in the summer of 2019 and back recent publication at the beginning of August of 2020. For this have achieved that gamers and influencers of all the world put  to play to his platform and reported it by his channels of Youtube, Twitch and social networks. Here they go in at stake the principles of social influence of charm and social validation.

The dynamics of the game achieves to call the attention of these potential customers and the rest already is history. The game has put  in determinate platforms of free form achieve this herd of people that by means of the mouth to mouth achieve that finally the customers convert  of payment. The relation price-entertainment is worth it.

So that a game sticks at first, unless you are a professional of the video games or have a lot of patience and time, is that the game was simple and fast to play. In this case, once installed and in some screens and clicks already are playing in the first phases with hardly use 3 or 4 controls that do not have an ease of understanding that any person and of any age will be able to understand the mechanics of the game already from the first game. Run, jump, move, launch and take. You do not need more.

The music fulfils a function reforzadora in the consumption of any type of game. The sound trepidante, repetitive and fast go to the unísono with the mechanics of the game, seems that it wraps you and does not need of a big capacity of processing to internalise it by what arrive you to accustom of fast way and seems that you want to go back it to listen what before. The sounds of the machines tragaperras, for example, have a similar function: stimulate us.

The colours are another stimulus that calls a lot the attention during the game. Striking colours and amenos that tildan to the game of an affable character that invites to play, although it was once. The problem is that you will not be able to play only once.

Two of the basic pillars of any learning or condicionamiento is that it produce  of way contingency and contigüidad and this produces  in the game constantly. By contingency, in summary, treats  of the probability that have of success regarding the times that a stimulus appears. In the game, the probability of success goes in favour of the player, since what more try it, more times achieve it. Another factor of learning is the contigüidad, that is to say that the reinforcement was the most next to the stimulus trigger. In this case, the games have a short durability by each phase and the players recover infinite lives if they do not attain to surpass the obstacles reappearing quickly in the game to achieve surpass the challenge again. The two appearances condition and reinforce the behaviour of game that will go back  repetitive.

Besides, inside the reinforcements that incorporates the game is that they can accumulate  points and go up levels to unblock clothings for your character and increase the ranking. Eye! This factor and some others of this listing carried to an extreme and with vulnerable people could arrive even to arrive to unchain addiction to the video games. Therefore, play with moderation!

When a person feels  entirely involved in something that even forgets  of the perception of the time, the fatigue and the rest of activities to exception of which is making says  that it is in state of flow. This term was studied by the famous psychologist Mihály Csíkszentmihályi that defined it like a positive emotional state where keeps  a maximum degree of concentration in what we are doing. This state attains  have while it plays  to Fall Guys, since all your obstinacy will be in surpassing any of his phases and involves you in your aim. It fulfils therefore a function of disconnection of the external world while you play to Fall Guys since it requires a lot of concentration, but without arriving to the extreme what can serve to free to the player of a previous mental state (labour stress), during at least the length of the game.

The game creates a need of competition in the player since it wants to conseguir the challenges that propose  that, to his time, to simple sight, seem easy to achieve. This perception of simplicity, but at the same time surrounded of constant problems for his attainment invades when playing of the need to achieve this attainment that seems that it has it near and never arrives. This anticipation of the achievement of a success alcanzable keeps the persistence of the player in attaining it.

One of the strong points of the game is that it competes  against other real players of all the parts of the world or with your own friends with which can share  the vivencias of the game in real time what does it a very social game and that involves to players consecrated with others more amateur in a game the one who equalise  the strengths.

The game is apt for practically all the platforms of games and does not need of big technical requirements by what can install  and play in devices no adapted to the technical needs of the big games by what is able to arrive to a greater number of population, without so many technical resources.

This psychological effect Schadenfreud does reference to the regocijo that feel in front of an extraneous evil, in front of an error of a rival. This sucede constantly during the game of Fall Guys since all the players comment errors and fall  practically of constant way. This positive emotion in us same is due to the fact that in some way feel relief, reestablishes an unfair situation (if I fell me before you also) and balances our envy by the successes of the other in front of our impotence or low self-esteem by not attaining by us same.

These are only some of the examples of psychological factors that have carried to Fall Guys: Ultimate Knockout to a massive success in the world of the video games in a record time and that has carried to the homes of the world moments of happiness that do not come at all badly in the times that run, time of global pandemia in which the people has to happen much more time in his houses by what the irruption of a new game has come very well to kill the boredom, the stress and the anxiety in front of the crisis that live. To play!

►The mind of a hired assassin: The Iceman