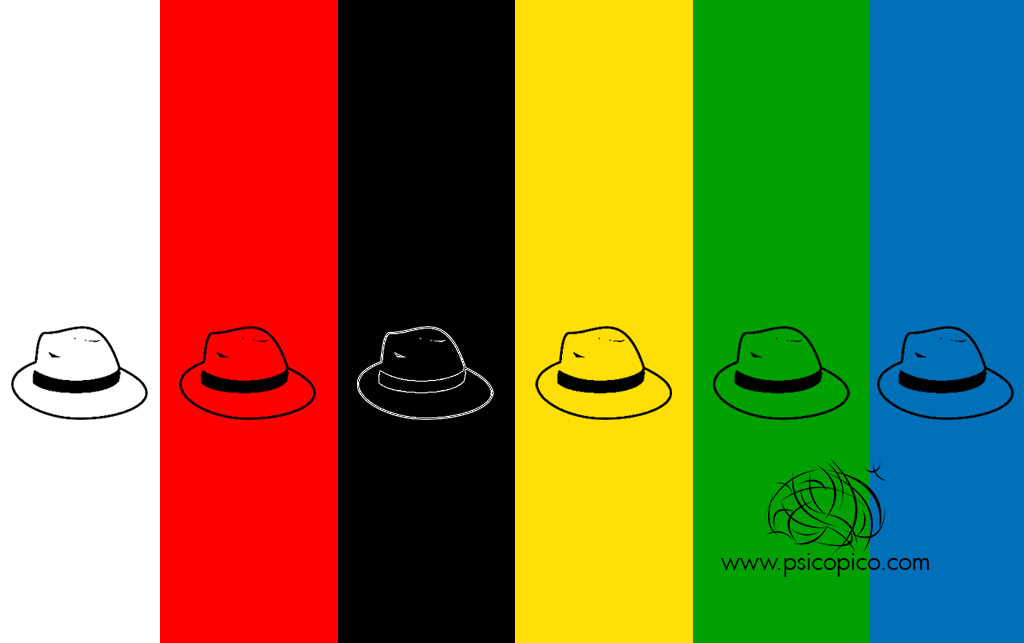 One of the most creative techniques for group decision making is the “six thinking hats“. When we have to make a decision, our mind contemplates the reasons and emotions that will make us decide for one or the other alternative. This process becomes even more complex when the decision is made in a group.

The technique of the six hats to think was created by the great psychologist Edward de Bono (born in 1933) and published in his book Six Thinking Hats in 1985. De Bono is a reference in the frame of creativity and father of the term thought Lateral, another creative technique of solving problems in an unusual way.

The “Six Hats to Think” technique is a communication tool that facilitates the resolution and analysis of problems from different perspectives. By means of this method, what is achieved is simply to reproduce what happens in our mind when we make a decision, making it systematic and public. In this way, different ideas and points of view are organized for the people who have to make the decision by simplifying thinking, attending to things one by one. The participants will concentrate on the idea being studied in a coordinated way and this will facilitate the changes of attitudes, represented by the change of hat.

>> Related article: How to solve problems in 5 steps.

The method allows you to think more effectively. Hats represent six directions of thought, which we must use when dealing with problem solving or decision making. Hats are described imaginary (or we can physically have them to be more graphic) and each participant can wear or remove his hat to indicate the type of thinking used and express it freely.

Hats are used proactively. The fact of removing and putting on a certain hat when it comes to exposing your thoughts is essential for the technique to work successfully, to make us think. Through this creative system, thinking will become more flexible and adapt better to different situations. Choose the hat that best fits and change it according to the needs.

What are hats for thinking, by Edward de Bono?

The creator of the technique, used colors for each of the six hats, which symbolized the six different styles of thought:

White is the color of neutrality, of cold. It refers to the purest information. This thinking makes us focus on the data available and learn from the information given. That is, it is the hat of objectivity, of objective thinking. The one who has the white hat put must provide objective and contrastable data that affect the decision making but avoiding the judgments of value in this respect. This hat can also provide subjective data, such as opinions or feelings, as long as they are sincere (for example, say “Luis does not want to do that”).

This hat can contain a lot of information so you have to put limits to the information given by making specific requests. It is the first hat that is usually used to start the meeting, for the initial information it provides. It is the starting point that can always be returned when needed.

Red is the color that opposes the white cold, it is the color of fire, of feelings and passion, of emotions and of heart. That is why the red hat is the one that serves to express the most irrational part of the thought and makes it visible to enrich the route to follow in solving the problem. It is the hat of emotional thought. The participant with the red hat on can express feelings without having to justify them, his intuition tells him so.

Usually. In many meetings emotions are not allowed to come into play, but emotional thinking is also thought and it is time for them to contribute their values ​​without restrictions.

Emotions are changing, so you will put the red hat back throughout the whole meeting. What at first was recklessness or fear of the project, may have become illusion and joy for it.

>> Related article: The psychology of the colors of the Paw Patrol.

Black represents darkness, caution or pessimism. The black hat represents negative thinking. The participant who has the black hat will criticize in a negative way the subject treated and will put itself in the worst possible point of view evaluating the possible risks.

It is the caution hat, unlike the red hat, it is logical. So that the one that has it will have to justify its positions, that have to be based on real dangers and not on an unthinking pessimism.

The preventive character of this hat is effective to put it when valuing a proposed idea, to expose the weak points of the idea that serve to correct possible mistakes.

We live in a critical society, so this hat could be used too many times by the facility to criticize instead of build, so it should be used sparingly.

The yellow, the color of joy, the sun and the light, the brilliance. The yellow hat represents optimism, positive thinking. The participant with this hat will try to show the good side of things, which can contribute and benefit. It is the hat of constructive thinking that allows one to dream that things can happen. As with the black hat, the yellow hat needs to be accompanied by logic to assess the given approaches, because if it was a speculation or fantasy the correct hat would be the red, the emotional.

The holder of the hat to think yellow is placed in the best of possible scenarios.

>> Related article: The Wheel of Emotions, by Robert Plutchik.

Green represents nature, energy and growth. It is the hat of creativity, of creative thinking. It serves as an artificial motivation to promote the imagination of the people who have it, although they believe that they are not creative. All people live in movement and we have imagination to generate new ideas and alternatives. Creativity is not only things of one person, but of the whole group, and the one with the hat on will be the particular creative of the moment that will explore the possible alternatives.

Creativity yields the judgment to the movement, part of an idea to generate others by insignificant or stupid that seems, will serve as springboard for the following. The holder of the green hat can be provocative without needing to justify, even illogical. Many of the greatest scientific discoveries have been the result of errors or accidents, but have aroused in the scientist the interest necessary to study them.

Blue is the color of safety, control and good workmanship. The blue hat manages the thought process, it is like a thought of thought. The participant with this hat will summarize what has been said and with which the conclusions of all collective thinking are concretized. Defines the guidelines and purposes for which the work is done correctly.

The person who coordinates the meeting, the facilitator, has the blue hat function, as it must maintain order in the meeting and avoid inappropriate discussions. The coordinator may have the exclusive role of blue hat, but other participants may also use it to express their comments on the thinking process that is taking place. However, the coordinator will be the only one who always authorizes the change of hat, under his authority of permanent blue hat.

The blue hat will be the one that puts an end to the decision making of the action that is going to develop, reason why will be also the last hat that participates during the meeting.

The time that each participant must have the hat put should be the least possible (for example 1 minute, except for the red that will be less since it does not require explanations). The sequence of hats can take on many dimensions but as a rule usually starts with a blue hat at the beginning and another at the end, in between the rest of hats always under the supervision of the blue hat that organizes everything.

This technique is widely used in business, in the creative phases of business development, but can be used to solve all kinds of problems in a group and even for our daily lives. What hat to think would you like to have it put right now? Put them all together and you will find an efficient solution.

Psychology and theater, a two-way relationship

The psychological responses to sports injury

12 errors interviewer in the selection of staff.