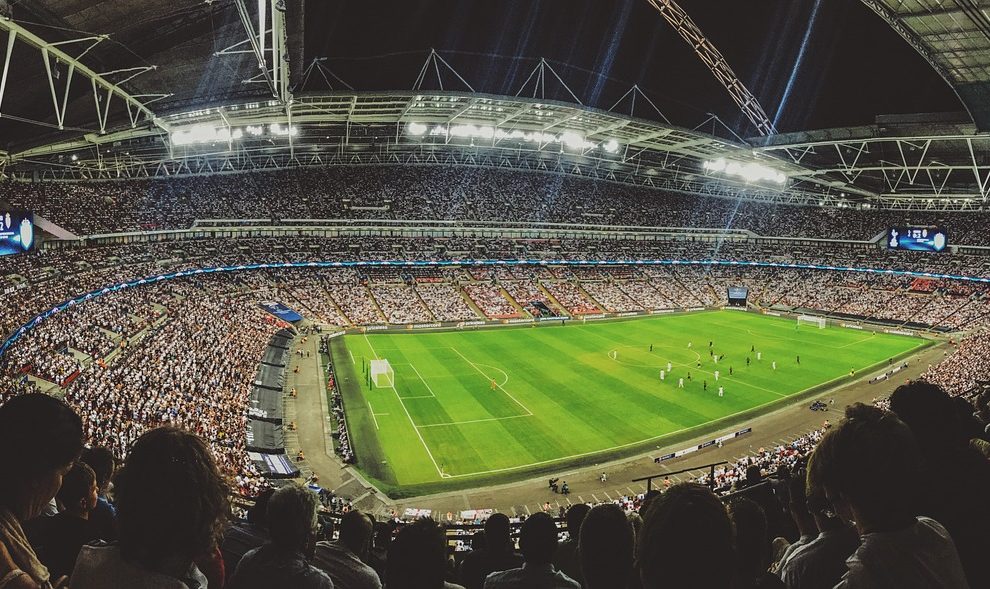 The terracings of the stadiums and pavilions of game are authentic anteaters of emotions of the fans, for the well and for the bad. In occasions the fans turn into authentic machines to assault verbalmente to all that that do not go in favour of his ideals or sportive beliefs, already was the referee, rival players, technicians or directors of the own club of the cual defend  the colours. Sometimes I think that to the fields no would have to them  allow go in to the small boys of the atrocities that can hear and the little educational that it is this for them. It is sad to think this, but unfortunately sucede.

>> Article related: 10 strategies of prevention of the violence in the sport.

They listen  authentic atrocities in the fields of football (and of other sports) that if they were said in other contexts would sound of so bad taste that the own person that says them would feel  embarrassed if it listened . They listen  grave insults, homófobos, xenophobe, death threats, etc. All this inside a context that seems to normalise the violence. By that yes, it is violence. The incitación to the violence by verbal means is the first step to give place to the physical violence and yes, the emotional intelligence is fundamental to learn to manage these emotions of ire that a lot of people are unable to control when it treats  to defend the colours of his team.

Why it produces  the violence in the sport?

But, how a person that in his daily life seems unable of increpar of this way, turns into a person out of yes in a terrain of game? Firstly we have to differentiate between aggression and violence.

The aggression is a form of behaviour headed to damage or injuriar to another person but motivated to avoid a damage. That is to say, they exist an intention. The aggressiveness in himself is an evolutionary form to defend us in front of an attack to avoid be we damaged. The problem is when it does  of immoderate way and out of context that it can carry to forms of violent aggression. Therefore, the violence, is a subtype of aggression, an extreme form of physical aggression or morals that has like reason destroy, punish or control to another individual.

The majority of the verbal aggression that listen  in a sportive field remain  in this but are a precursor and a clear incentive for the back violent acts by what have to avoid  and condemn at all costs like measure of prevention of the violence in the sport, since they are used out of context ethical and morals.

The aggressive behaviour characterises  by:

It is a lacking behaviour of empathy, respect and with a clear egocentric predisposition of the person that issues it had to partly by the stress, anxiety and frustration that feels  in front of a sportive situation that sees  on the terrain of game (for example a fault no pitada) that, because of the fault of control on the same generates anger and ire in the person that the presence.

The spiral of the silence.

The aggressive behaviours reproduce  largely because of the observational learning or vicar. By this, the big media make a mistake in numerous occasions when showing images of violent acts in the sport since if they are not accompanied of a good explanation or the message is not received of correct form the only that will generate will be greater propensity to repeat these same acts, if they do not issue  of the correct form and accompanied of the pertinent explanations, but eye, no always the person that receives them is able to internalise them of form prosocial.

Have to condemn  of cutting form from the first moment to avoid that it produce  the phenomenon of the spiral of the silence. This phenomenon, also known like stairs of the violence is the process by which the no intervention and the silence of the observers of aggressions are interpreted like compliance and generalisation.

Factors that incite to the violence.

These are 11 of the a lot of factors that influence inside a field of game and in his terracings to produce behaviours violences.

The fact to be in a terracing surrounded of people that is increpando to the referee or players does not inhibit those behaviours that if we were solos would not do. Our brain seems to reason it so that if all the world does it has to be validated socially by what does not happen at all if you add you to the insults. Badly.

The people that goes even field of football or of any another sport, feels  identified with some colours and feels charm to them and the players that defend them. This is therefore that if a player falls  in the area, immediately asks  penalti, although in a lot of cases see  clearly that it is not it. It is a principle of solidarity and sense of belonging to a group.

The own spiral of the silence.

As we already comment before. In the moment in which anybody says at all in this regard of an insult, goes back  a spiral of violence continued. Therefore the violence it is necessary to condemn it from the minute one.

Derived of the principle of social validation, when it acts  in group the responsibilities also seem to divide between all the terracing by what seems that this feeling of shame or extraneous repulsion seems that it is lower. It is by this that to a lot of people that teachs him  to individual level his behaviour grupal are used to to feel embarrassed of what said and of as they acted in this moment.

In a crowd is easier to happen unobserved by what the violent behaviours, that are used to to be punished, have a place to flower without control.

By a lot of control that have  in this regard, there are people that follows going in with high taxes of alcohol (or other substances) and blood. Which, improves the rest of factors desinhibidores of the aggressive behaviour.

According to several studies, in the places where there is a lot of noise the tax of violence improves  due to the fact that it generates an environment more impredecible, accumulates  in our level of stress and generates a lower tolerance to the frustration.

In the climates more calurosos and tropical the levels of violence are higher, estadísticamente speaking. Besides, the heat is one of the physiological symptoms of aggressive behaviours and ire, by what in an environment caldeado or by the own activity that is carrying out  favourable more still a violent behaviour.

To the equal that happens in the demonstrations, when a quantity of people accumulates  in a same place this generates greater levels of stress that can produce that it jump  to the minimum to an aggressive behaviour. Besides, the brush can cause encontronazos unnecessary and misunderstandings that generate inappropriate disputes. The density can generate an experience displacentera subjective.

Pain because his team suffers in the field and empatizas with him which produces irritability or rage and a lot greater if it exists anticipation (for example, see loomed in the descent of category).

To these these factors it is necessary to add them the factors of the familiar context and the sportive culture in this case of each person that go to see a party. Those people that live in his families situations limit can see in the football or the sport a place where escape and soltar those emotions that in his personal context can not do. The sportive culture and the level of education of the people also is fundamental to avoid aggressive behaviours.

In this appearance, fits to mention also to the media, that in too many occasions spread the violence of manea injustificada or without the owed information and what create are models of observational learning that afterwards are reproduced and that on with the prize to be televised. A thing is to condemn the violence and another very distinct is to spread it.

These are only some of the factors that influence in the aggressive behaviour, that besides can  go accumulating by what has to brake  what before because the violence generates more violence.

Ministry of Education Culture and Sport

Gimeno, Fernando. Sáenz, Alfredo. Ariño J. Vicente. Aznar, Mónica. Sportsmanship and Violence in the Basic Football. University of them Illes Balears and University of Barcelona. Magazine of Psychology of the Sport (2007)

Peltzman effect: the feeling of security can be turned against

Differences between manager and leader.