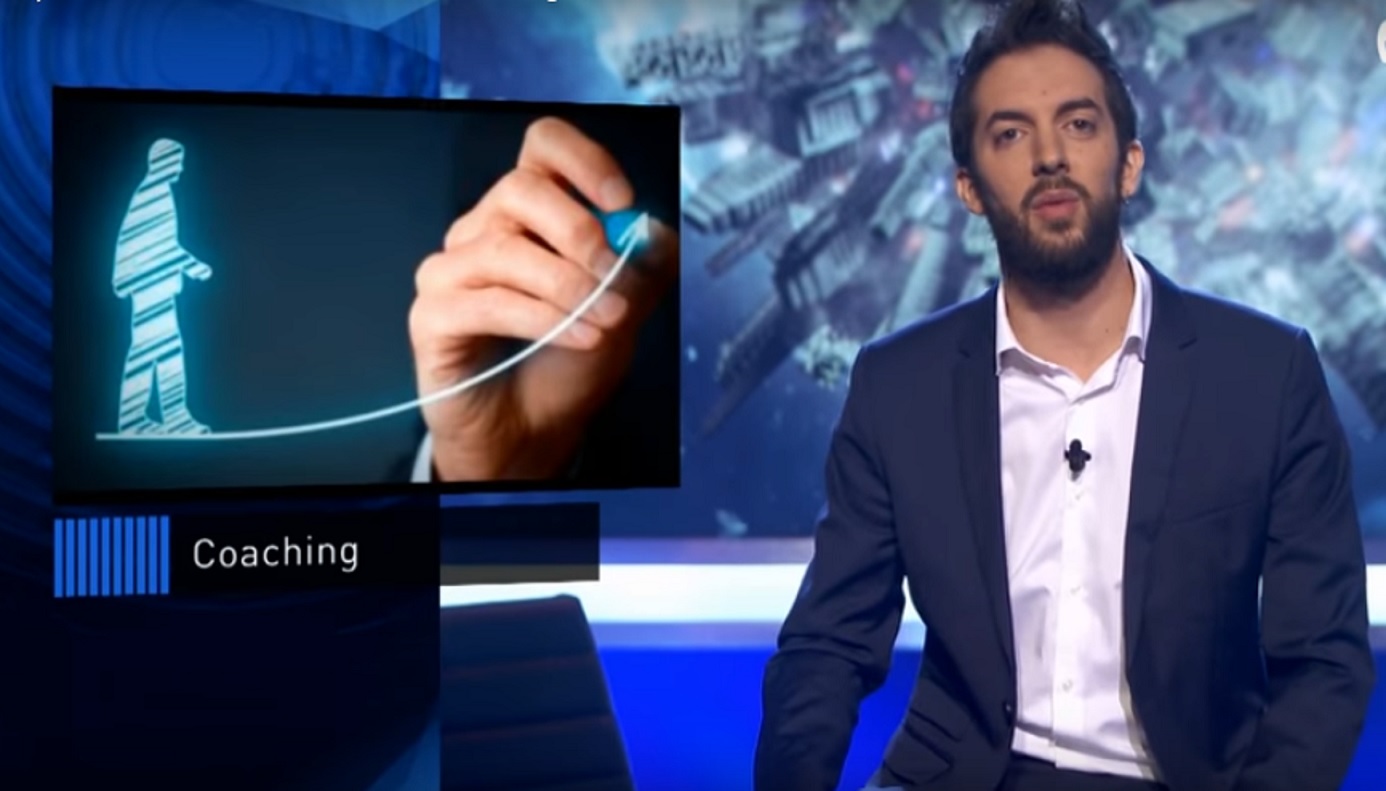 Yesterday the program of Crazy television World (Movistar) of the humorist David Broncano issued a program of which like psychologist likes to see: the controversial coaching. I can not be more than agreement with Broncano. In key of humour, criticised to those people that devote  to advise, motivate and promote the professional development and personnel of others without having hardly training and that do  call “coach”.

The swindle of the coaching, according to Broncano.

Broncano Uses the own page of the International Coach Federation (ICT) like source, which explains that hardly with registering  like partner affiliated achieves  a credibility, instantaneous professional. If I know it I do not do me the university career of psychology! (Way irony on).

The humorist takes real data of the own ICT for ironizar on the difficulty to do  coach. According to ICT to give  of high in his association only does fault: make a course of 60 hours of training in coaching, accept two documents like read (ethical code and statutes ICF) and pay €306. Incredible.

As it says Broncano, can exist exceptions and am convinced that they exist big coaches that make very well his work. However, I want to recalcar that a psychologist can be a coach, but a coach is not a psychologist. The problem of all this is when these professionals “coach” promote  or hire  to make destined tasks to a psychologist, that yes are the professionals accredited in the knowledge of the human behaviour.

The psychologists have studied during a lot of years in the university our career, many times with postgraduates and másteres specific low scientific rigour and no a simple cursillo of 60 hours. Therefore, I recommend you that so much if you are an organisation or an individual person, hire to a psychologist that have to his time training, in case to be necessary, in coaching.

Another of the subjects that treats Broncano in his monologue is the criticism of the simple and simple sentence of “motivation” like the typical “are your same” or “if you want to can”. Totally of agreement, in fact in numerous occasions is contraproducente use this type of sentences done to attain the aim pretended, can create frustration. If a person needs help does not go to put  better with saying him “put you well”. Claro that it wants to put well! This is as if somebody goes to the doctor because has flu and the doctor gives him two palmaditas in the back. The problems resolve  with solutions, obviously,  and no all the people are able to solve them without external help.

It deserves a lot the penalty see the whole program, so much the monologues of Broncano like the sections of the collaborators. This is the link to the whole program (are several courts of video followed).

The humour is a form of communication that many times serves to transmit of a simpler form that sometimes is difficult to understand. Incorporate the sense of the humour to the speech favours the attention and improves the assimilation of the knowledge when exerting the laugh like reforzador.

Bravo Brocano! It loves me his humour dicharachero and peculiar, if it already was fan of you before, now am it much more.

It trusts the psychology, in the one of truth.

What think on this humorous criticism?

The happiness of going to a concert, supported by the science.