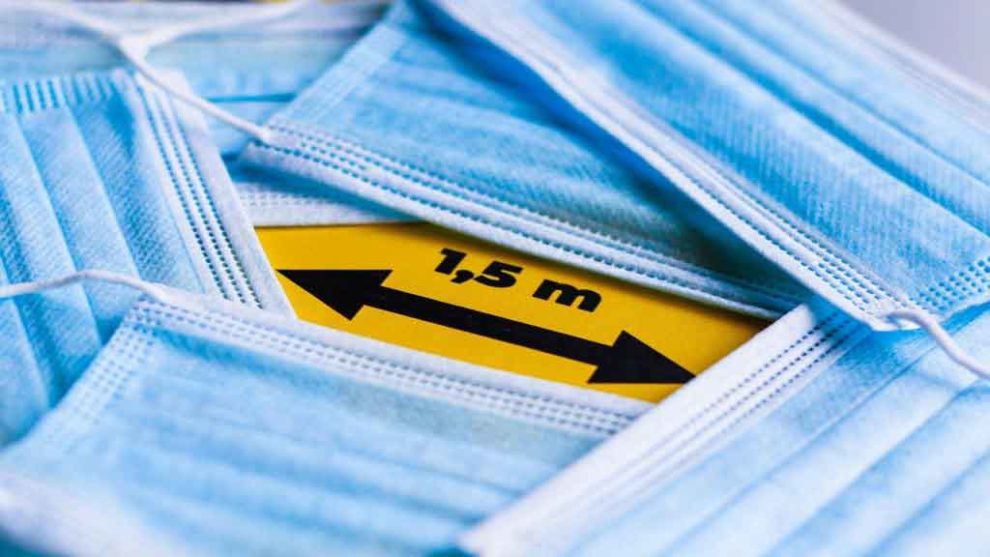 The effect Peltzman takes place when a measure of security produces other parallel behaviours of greater risk. It is what sucede when a person thinks that for putting  a mask already is free of infections and neglects the rest of obligations of security and hygiene.

What is the effect Peltzman?

It treats  of a behaviour of compensation of the risk that adjusts  in function of the risk perceived by the person that feels  more protected of what really is by the fact to assume a measure of security, without taking into account the rest of the measures of prevention of a possible danger. Therefore, the net profit achieved by the utilisation of a measure of security is lower of the expected, because we go back us less cautious. This behaviour is related directly with what knows  in social psychology like adaptation conductual.

>> Article related: The illusion of vulnerability: why we believe us immune to everything?

The name of effect Peltzman comes given by the professor of economy of the University of Chicago Sam Peltzman that published in 1975 the study “The  Effects of Automobile Safety Regulation” in which it affirmed that the fact of regularizar and force the use of some measures of security in the vehicles did not reduce substantially the deaths in the roads since the drivers left to hold responsible  of one same and of the other committing other irresponsibilities or behaviours of risk like greater speed, desatención in the road, etc. given this false feeling of security or invulnerabilidad.

Although the Law of Security and Vehicles (1966) reduced in United States the percentage of deaths by accidents of traffic did it in a similar percentage to the of before said law and even increased the number of accidents and the deaths of cyclists, motoristas or pedestrians although no the one of the drivers. It is as if by the fact to have to  put the belt of security or that the vehicle have of systems of security like the ABS the driver neglected the rest of variables of accident (Pelzman, 2013).

Effect Peltzman and coronavirus: the mask does not go back us invulnerables

In time of sanitary and economic crisis because of the pandemia by the new coronavirus seems that put a mask goes back us more invulnerables. The mask is the new layer of invisibility, that with her put seems that the virus no longer sees us. Care, the mask helps to avoid the contagion and the propagation of the virus. However, we do not have to neglect the rest of measures of hygiene and prevention of the contagion already was of the COVID-19 as of another type of infection. And much more when they use  masks no recognised or that do not protect properly.

According to the theory of the effect Peltzman, once that we put us the mask could be that we adapt our behaviour, of unaware way in the majority of the cases, and leave to attend to the rest of the measures. With the use of mask keeps lower distance of security, wash  less the hands, touch us more the face, etc. In definite, perceive a feeling of protection that approaches us to other dangers.

This fact already have warned it the sanitary authorities when it produced  a massive use of gloves of protection. This feeling of false security that generated was contraproducente since it avoided to wash the hands or carried us exactly the same the hands to the face with which the risk of contagion, instead of diminishing, increased.

The imposición of measures of security has to accompany of awareness

One of the big problems to stop the transmission of the virus is that no only do lacking legal measures, but social consciousness. The most difficult to control is the individual behaviour and the personal responsibility that assume  with regard to these measures. This is very difficult to achieve in the short term since it demands a social cognitive reconstruction that is much more complex and takes more in adapting  to the new situation that the legal measures imposed and that has to take into account to the hour to take the decisions. Has to inform  properly without confusing to the citizen and make tasks of social education and emotional intelligence to improve this type of future behaviours.

Other examples of effect Peltzman

The example of the masks or the gloves is the one who more is us affecting nowadays, but exist crowd of examples that explain  with this effect. Notice that the measures of security always help to reduce the risk, for this are. What tries to explain the effect is that in the net profit has to include  this variable of increase of probabilities of other behaviours of risk associated. The expectations of improvement thanks to the measure of security are lower of what in a principle can think . Here other examples applied to this effect: