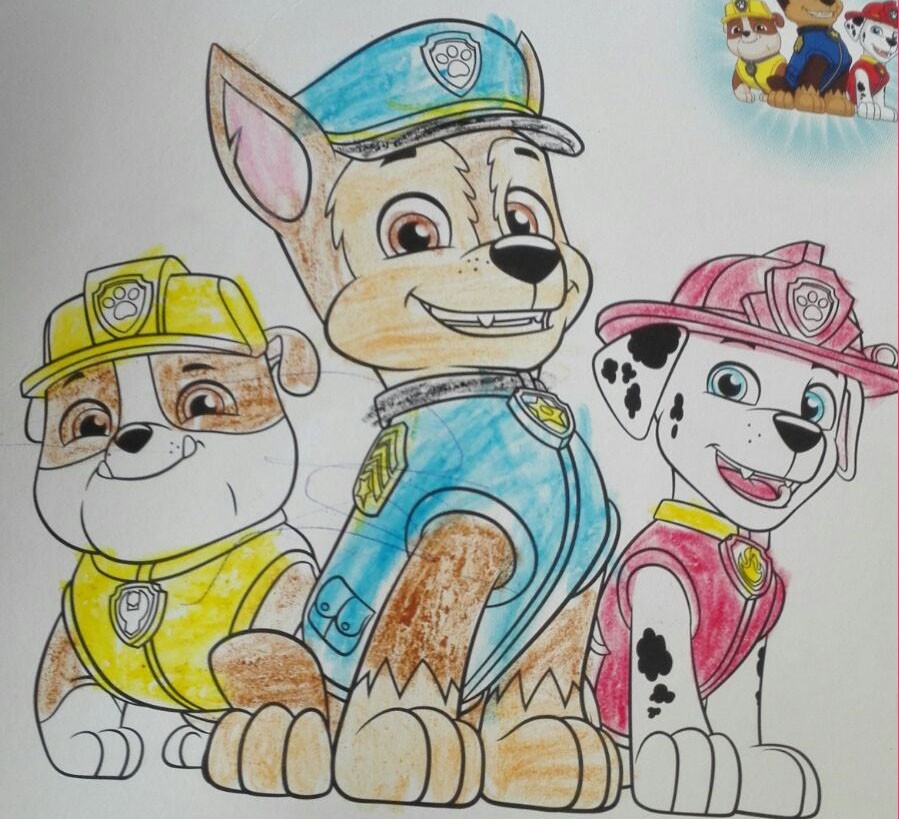 A few weeks ago I was taking care of my nephews and I was surprised how they were hooked to the fashion series: The Paw Patrol  The case is that it was put to me and hooked me! My psychocuriosity vein put my brain at work and pay attention to detail that went by chapter to my niece as a teacher in functions to which he constantly asked by the characters and storylines, though I was pissed off a bit because I was not learned the names of the protagonists. I went home thinking to write about the social and psychological impact of this series since I found a perfect marketing machine. Why like so much Canine Patrol and her cubs? The day has arrived.

What is the Paw Patrol?

Briefly, it is a cartoon series in which the protagonists are some nice puppies (Chase, Skye, Zuma, Rocky, Marshall, Rubble and Everest) that solve the problems of the residents of his city, Adventure Bay, led by a boy, Ryder. It is an original series of Nickelodeon. If you had not heard Paw Patrol there are two possible options: either have no relationship with any child either familiar or not; or you live in another quantum dimension.

We are at Easter and children are at home longer, some parents may take the opportunity to see a chapter with their children and see if they are certain details that I mention in the post. The article has stayed with me in a little long so I have divided into three parts which can be accessed via these links:

As I said, Nickeloedon have done almost perfect to reach potential customers. Yes, they try to sell the maximum possible toys and for that they have to reach the widest possible audience. I analyze some keys for it.

Catchy not, the following.

I leave here the song by my precious niece of 5 years 😍 (mandatory applaud at the end) (SPANISH VERSION ONLY):

With only hear the beginning of the song and recognize the series, as in my generation with Dragon Ball. It is easy to understand for children of all ages and especially for mothers / parents who walks a thousand things at home while the kids watch the show but nevertheless humming the song itself. Get parents to the song gets to empathize with the children when putting a chapter are known. Reinforcement acts in two ways: activates the brain’s pleasure zones and … If Mom likes it’s good! Zas … you’re already putting a chapter.

In addition, the puppies have a dance game with a pretty catchy song, the game is called Wow Wow Boogie and acts the same way as the previous one.

Each dog is a different color. What we get with this level marketing? Able to get products for each characters unique and personalized. All children want all the toys of all the characters, and they are few.

Also, the color fideliza. All children have a favorite dog and want all their stuff and will defend in the adventures of each chapter. The is my niece Skye, the only girl and what will be discussed later.

They are always challenges with a happy ending, because I think that there are no bad characters making it easy catch to something that always leads to guaranteed success. It also has a thread always the same in all chapters, simple and to the point:

3. Spend some nice or funny thing while they go to the “headquarters”.

4. Ryder exposes the problem graphically to facilitate the understanding of everyone.

5. The problem is solved.

7. Next chapter please, and I want it now!

They are dogs or animals. They speak. Works. Always. Or you do not like the Maple Village or trotamúsicos? Most children who see the drawings are in a developmental stage preoperational predominance of symbolic thought (2-4 years) giving way to intuitive thinking (4-7 years), you will use your imagination to structure its future logical thinking. Whereupon should not worry too much because they see dogs talk.

From these básic0s pillar industry of the toy moves to get children to “fear” losing his toy and parents “fear” not give away at Christmas (principle of scarcity) and will address them in the best shops and the best nearby shelves and the height of children.

As in all trademarks having a phrase or slogan that reaches the public is critical to evoke the memory of that mark, in this case part of the series. If the song is a very characteristic mark, the creators of Canine Patrol have given each character of your own phrases that identify quickly and repeated in all chapters. They have used phrases that serve as a discriminative stimulus and reinforcer of behavior. Moreover, they are phrases with good ethical sense. The we go over.
Ryder always says these phrases:

There is nothing impossible for Paw Patrol!
Paw Patrol command center!
Paw Patrol, all with one!

I love to fly!
Let’s flying has spoken!

Before throwing, recycle!
green light and go for it!

Neither ice nor snow to my stop me!
These phrases are then used to put them in a multitude of toys, stuffed animals and everything that can be done Canine Patrol. And buy.

7 Benefits of Journaling When Fighting Depression, Stress, and Anxiety