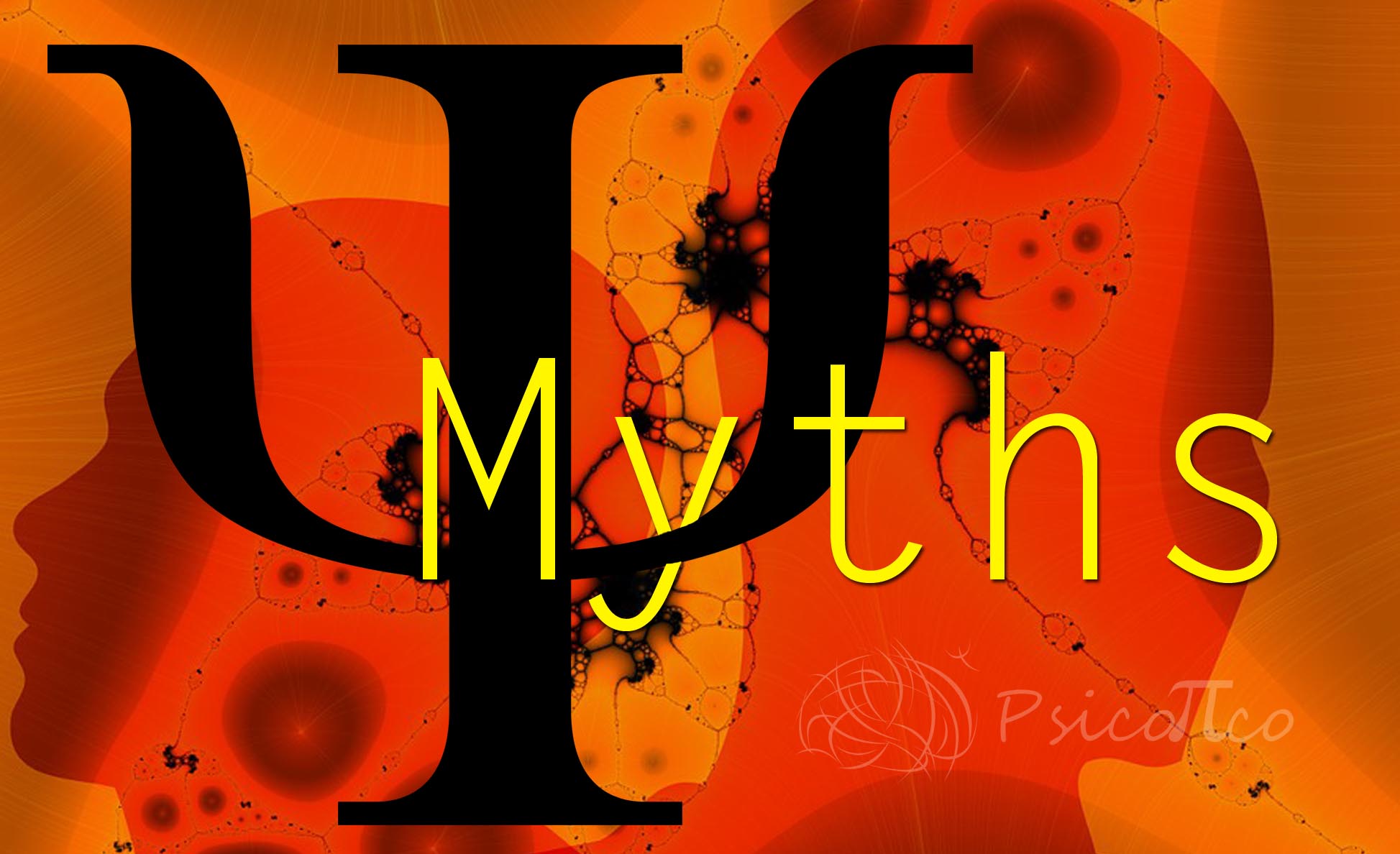 False. The brain is fully utilized virtually every task we perform. And it makes sense if this were not so, why so big? Evolution. What is certain is that not everyone uses his intellect equally, but in the same way that a high-level athlete uses his body much better than someone else and not why we do not use the same muscles.

False. This is the so-called Mozart effect. But what really makes a person smarter is to listen, read or do an activity that will be rewarding to the brain and it reinforces learning. This was proven by studies in which a group they were made to listen to Mozart and others a Stephen King story. Results were similar for subjects who liked those types of music or stories. Another version of the myth is that listening to Mozart makes you healthier, but just the thought of the number of diseases that had Mozart think it contradicts itself.

Myth 8: The standards for choosing a mate are specific product of our culture.

False. In fact in all cultures give similar results when choosing a partner. Men scored slightly physical attractiveness and women ambition and economic status as well as the fact that men prefer young women and older women. This is true in all cultures and not specific to ours.

False. The truth is that it is almost random. The brain creates patterns of randomness but as I also like to form patterns where there are none and our selective memory makes us believe that is a good or bad run, usually for the benefit of context. It’s like when you throw a coin. Sometimes it falls straight cross several times, but this is not faked.

False. As Skinner said, as much you will learn to avoid punishment. This is what participants believed controversial Milgram experiment. The story goes that the participants gave what they believed was a lethal electric shock to participants, if they answered wrong. Just because someone in a white coat told him so. But this story is a myth, for three reasons. First and foremost, the lab coat was not white, but gray. Second, participants were told before and during the experiment when they showed concern that although the shocks were painful, were not lethal and that in no case caused permanent damage. And third, the participants did not administer downloads gown just because someone told him. In interviews after the experiment, participants said they believed strongly that the experiment served a worthy scientific purpose which would have lasting benefits for science in contrast to non-lethal momentary discomfort caused to the participants.

Myth 11: You can detect liars by their body language.

False. We can find certain personality traits of individuals for their form of expression, body language, speech patterns, etc. But recent studies have shown that the lies are detected randomly by people, even experienced detectives are unable to increase the likelihood of success, and chance is most likely. There is a particular case, as is in the case of missing persons, whether their families have actually been the murderers of their loved one very common such as head patterns are repeated, look away, errors in speech, etc. A person who in which affection is not so high it’s hard to catch in a lie if not by more objective reasons.

Source: Based on the TED conference Ben Ambridge – 10 myths about psychology.

If there is no adult children: we are what we see.

Hypnosis as an effective therapeutic tool: types and phases