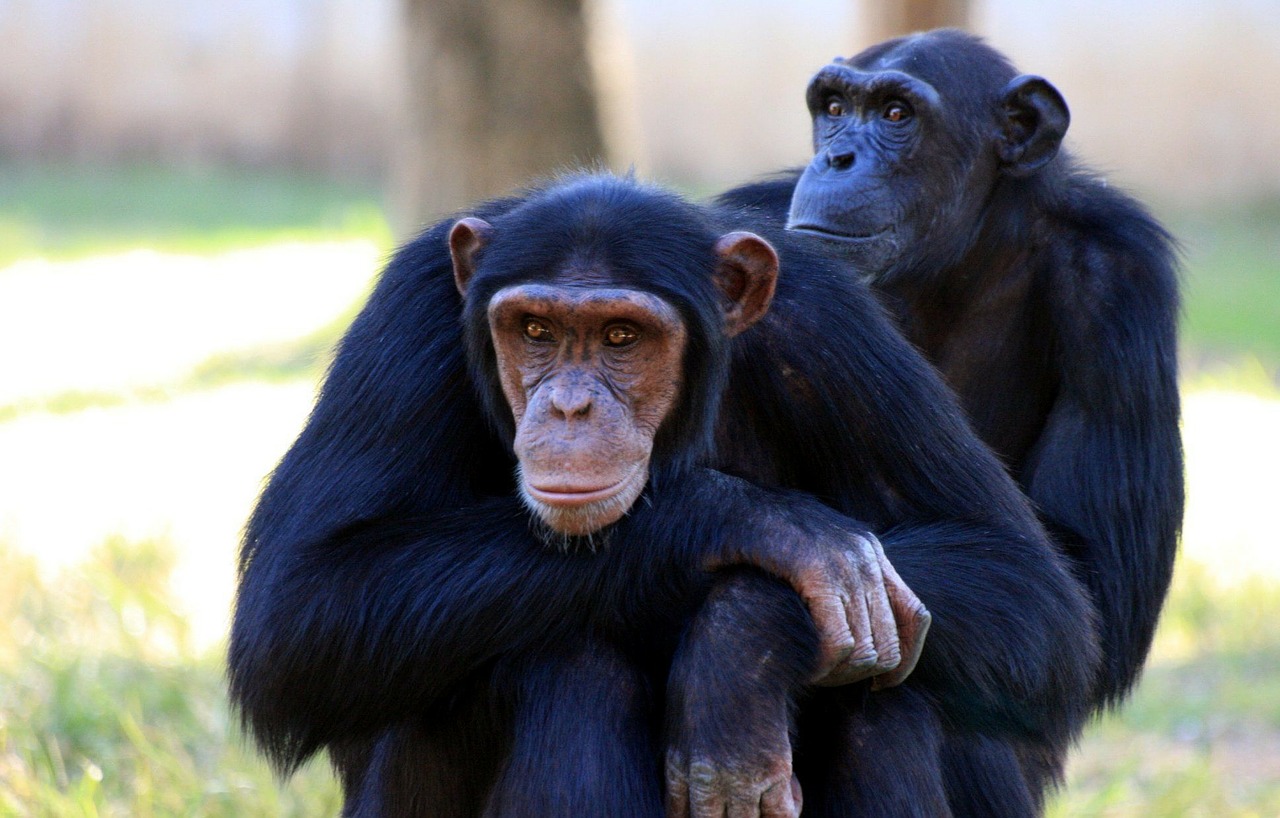 Despite what you tend to think, language is not only a uniquely human ability, at least in part. Knowing how animals communicate gives us valuable information in order to understand our own evolution of language, its innate character and inherited genetic part. It also provides information on cognitive and social processes needed to communicate through language. Besides, who does not talk to your dog and would like to be able to communicate with him through a language understandable by both?

There have been numerous studies, especially chimpanzees, to know far could this language of animal-human intercommunication, the best known is the case of the chimpanzee Washoe, of which more later. Given the great similarity between human and chimpanzee it allows us to empathize in a greater way with these animals to teach behaviors that go unnoticed to us. Imitation of gestures to communicate moods or making humanlike (like yawning) behaviors are some of the examples of empathic behavior between chimpanzees and humans.

It is common knowledge the complex system of communication that have, for example ants, but first of all we must define what is communication. Communication is the transmission of a signal with information so that the issuer benefits from receiver response (Peace, 1987). The signal is the medium that transmits information, such as a color or sound. We do these previous definitions because we must distinguish between communicative signals and information signals. The former have an intention and second lack this, only transmit information such as yawn, we cough, etc. Communication occurs when the receiver we tell him that we are tired, after yawning. Otherwise, the receiver will be the interpretation which gives meaning to information.

Animals have different methods for transmitting information: ants by segregating pheromones, bees through their “dances”. The primates have developed a wide range of methods to communicate with each other auditory, tactile and olfactory way. However, these information signals are usually generated only in the presence of a particular stimulus. For example, certain kinds of monkeys generate different types of sounds by calls depending on whether the danger comes from a snake, an eagle or a leopard. The creative primates, is that they are able to communicate on stimuli that lack a specific signal.

Dolphins or whales are other animals that use advanced communication systems but so far has not been shown to reach the level of language. Their “songs” shaped subunits are explained by conditioning depending on the presence of the stimulus.

What we consider as language?

Knowing the boundaries between communication and language leads us to define what language is coming to ask if their distinction is simply a spectrum with different communicative degrees to the language. According to the dictionary of the Royal Academy of Language language is defined as: Set articulated with that man says what he thinks or feels sounds. But also it refers to the use of rules to communicate intelligibly, as can be through the use of technology, as I am doing now writing. But … only man is capable?

For Hockett (1960) there are 16 general properties of language, but not all are essential for there to be the same:

Of the 16 features presented language, the most important to occur are: semantics, arbitrariness, displacement, opening, tradition, duality model, prevarication and reflexivity.

No animal communication system has these properties or at least so as rich. Some animals have symbolic communication systems to transmit messages to other members of their species and some meet the requirements posed by Hockett but are very limited and no creative or combining ability so we could not talk about their own language. However, we could teach him to speak to animals? Do animals have ability to learn a language?

Can animals learn a language?

There are some animals with certain physical, cognitive and biological to acquire a language without its own evolutionary process capabilities. Undoubtedly, primates, have high cognitive abilities to achieve but other animals like dogs and parrots have certain capacity for language.

Dogs are able to react to orders. It is known the case of dog named Rico, the names of 200 objects was known and was able to pick them up but were not watching. He was able to interpret a new object belonged to a new category, as do children to learn new words. The difference with humans is that the dog could not interpret the relationship, ie a toy doll may be both a ball but not differentiated. Children do. There is still much to talk like dogs Patrol Dog;)

Is famous the case of parrots that are able to mimic human speech. A parrot named Alex, knew pronounce 80 words and understand some sequences of short words. It was even able to classify objects by color or composition and to tell, yes, just to 6. However despite being able to do certain combinations the competition was very limited.

Another case of animals that were taught an artificial language is the black dolphins. It was a visual language through the arms and legs of an instructor and other acoustic language based on sounds generated by computer and issued underwater. While dolphins fail to understand the signals were not able to produce functionally.

Most studies on language teaching animals are made with the more like us primates: chimpanzees. They are the most similar to us intellectually, genetic and social level. It is said to have characteristics similar to those of a small child’s cognitive skills. In all studies argued that to consider learning a language, these apes should prove to be able both to associate a finite number of words with their meanings as being able to combine to generate communication. For studies on primates speakers can continue reading this other article: Primates that “speak”.

‘When the network is not social’, a documentary about hate on the internet