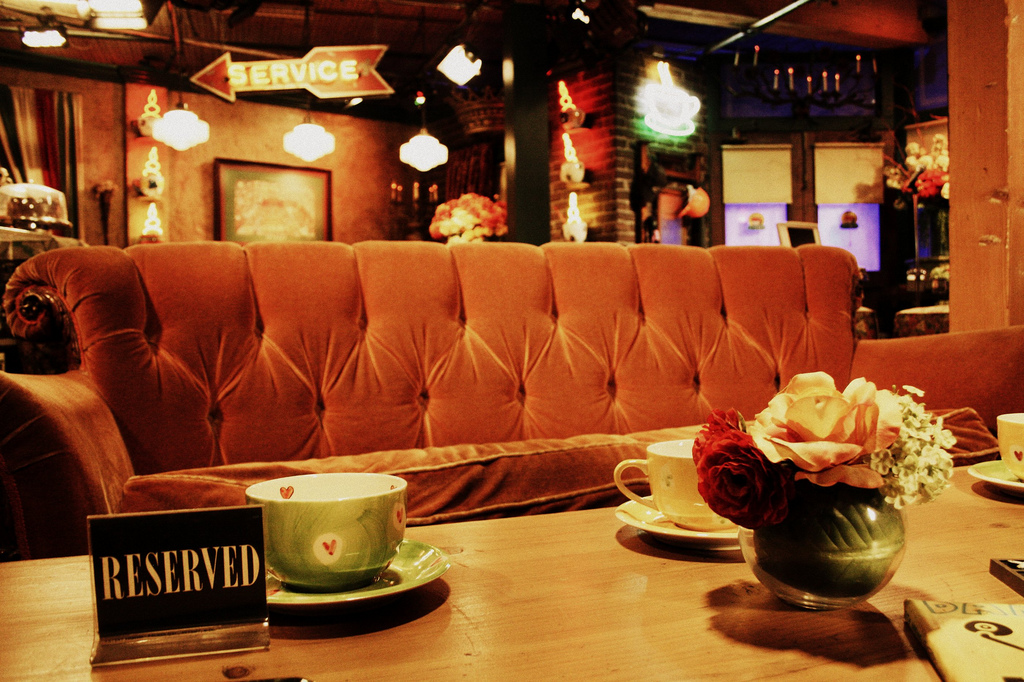 It’s Friday and Whatsapp group of your colleagues start to get messages such as: “A beer?” “Coffee at 4” “Who comes to see the football game?”. All these questions usually have implied the place of the meeting, or at least a first site where we know that some of our friends end up going: the reference bar.

In most groups of friends there that bar, brewery, or premises in which needless to say anything to know that it is the meeting point. In addition, you do not even have previously been to go to that place. In that’ll bar the same for if any of your friends or people you know to satisfy the social needs of a day when you’ve already seen all the episodes of Game of Thrones, Breaking Bad, House of Cards or any other series random appears on Netflix you.

We talked about series because these local reference appear in large number of series. We all have our Central Perk Friends of the great series with its famous always reserved chair. Or in the most recent series How I Met Your Mother, the reference bar was the MacLaren’s Pub, where Ted, Barney and his adventures had company. For older, you may be nostalgic to remember the legendary series Cheers, where everything revolved around the bar meeting. Lately I’m seeing another sit-com called The Ranch in which also the protagonists always end up finding in Maggie’s bar. In Spain, series like Los Serrano, Aida, etc., also have their reference bar.

Psychology says it’s good to have a reference bar.

Looking for the reasons for this social phenomenon I have found a scientific study of the prestigious University of Oxford with title Friends on Tap: The Role of Pubs at the Heart of Community, translated as: Friends tap (handle canes?): Paper pubs in the heart of the community. Psychologists in front of the study have proven to be a regular customer of the same bar is beneficial to our health. To this end they collected data from more than 2,000 people in the UK over its reference pubs and other psychological issues.

At the conclusion reached in the study it is that in your local reference will have more people who can take care of you if you spend the day and night bar hopping with people you do not know anything. If you always go to the same place it is normal that you end up having regard to local staff and other people of the same standard with which you can have things in common or share spontaneous conversations. The bars are social center and science corroborates.

To do so, they departed from the assumption that the British pubs were not just a place where you go to drink. They were based on the idea that the bars also had a social function. They are a source of future friendships and relationships in the community. They looked at three main levels: the use of the pub, conversations and social behavior.
Last conclusions

Salt to take some beers. You know where you need to go: to your reference bar.

Link to original study: Friends on Tap: The Role of Pubs at the Heart of Community

Philosophy and psychology: differences and similarities

10 tips to improve the communication.