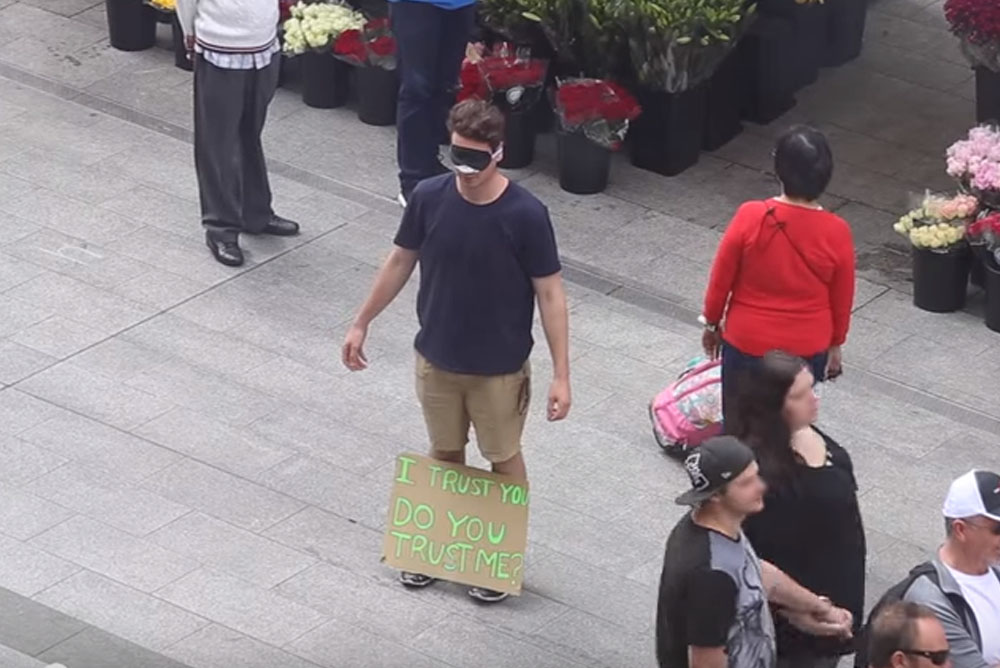 ► It exists on the network many videos on social experiments with hidden cameras but I approach this today specially called my attention. In the video it is to see how racism is still very present in our modern society.

Video is displayed as a child is placed in the middle of a busy street with a sign reading, “I trust you. Do you trust me?”. He is blindfolded and open arms to receive samples of random affection from pedestrians. White and good looking guy got a lot of people parase to hug or shake hands as a gesture of trust. However, to turn the tables by a guy in black the results were very different.

In modern society it is not accepted to express negative prejudices.

The social distance between ethnic groups is still very wide today and continues prejudging “minorities” as a negative attitude or rejection at first instance. These negative responses (prejudged) persist despite the social changes regarding beliefs, the only change that has occurred is that they have instilled values ​​not show prejudice. It is no longer socially acceptable but people still put the mask in more subtle ways so sometimes you have to resort to non-conscious and less controllable responses by the subject to know the reality of today’s racism.

Surely most people did not trust in the person of black race that passed through the street during the experiment would score more positively in an isolated survey on racism which showed unconsciously walking down the street. Aversive racism is still there but I think that this is a slow process that will narrow social gaps.

► This is the video which shows (in English).

The happiness of going to a concert, supported by the science.

Do you know the differences between stereotype and prejudice?